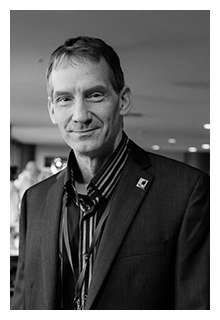 What began as a small idea among a group of friends soon became a holiday that the pen community anticipates every year. Fountain Pen Day was originally a response to days that acknowledges the fountain pen's more well-known cousins (i.e. pencils and ballpoints) but has grown to be a community-led movement that brings businesses, enthusiasts, and brands together.

In fact, Fountain Pen day's reach now extends to all parts of the globe and the advent of Instagram and other social media platforms has made it that much easier to share the real-time enthusiasm of our pen community. We hope that you, too, will be partaking in the celebrations on November 5 this year!

At Esterbrook, we are official sponsors of Fountain Pen Day and feel especially honored to have this role, as it is FPD's tenth anniversary this year. Our very own Cary Yeager, Sales Manager for Kenro Industries, used his ingenuity to build FPD from "just an idea" to a global phenomenon.

To commemorate this day, Esterbrook will be launching a new Estie. We can't wait to share more with you soon and in the meantime, view a preview of the merchandise that will be available for the ten-year celebration at many local retailers.

Next week, we’ll be celebrating the 10th anniversary of Fountain Pen Day in locations across the United States. View the dates and locations below and make sure to stop by if you are in the area! Can’t make it to a physical store? No problem! Our fountain pen community will be sharing, liking, commenting, and tagging all weekend long.

VANNESS PEN SHOP – NOVEMBER 5 & 6, 2021
Located in the heart of Arkansas, the Vanness Pen Shop has been a friend of our brands for many years. Join the man who started it all, Cary Yaeger, for a two-day event during Fountain Pen Day weekend.

UPSTAIRS ON 7TH/ THE WARNER BUILDING LOBBY – NOVEMBER 5, 2021
The event will be in the lobby which is newly redone and very spacious with lots of places to sit and great tables for an ink station and for sharing pens. Masks will be required for the evening. There will be swag and raffles, of course!

When: 6-9 on November 5th
Upstairs on 7th is on the same block as Metro Center at E St. between 12th and 13th.
The entrance to the building is at the corner of 12th and E.