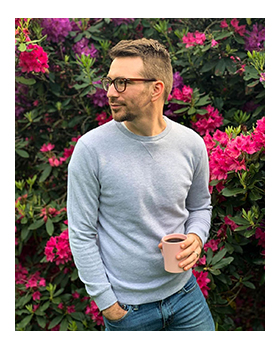 The pen industry has a term for phenomenon when one is persuaded to buy that pen or this nib.

“You have to get it!” the chorus of Instagram comments say.

“That’ll look great with your collection!”

You’ve most likely seen this happen, or perhaps it’s happened to you, too. It’s known as “penabling”. While this is a common quirk among the pen community, I have seen first-hand how it can grow into a global movement. I am impressed how one man, Kenro’s own Cary Yaeger, has turned his passion for the fountain pen into a holiday. He has, truly, penabled the world to turn their hobby into a public celebration.

And I am lucky to have witnessed it happen in real-time as we lead up to the 10th anniversary of Fountain Pen Day.

In August of this year, I began working in the pen industry, having been hired as Digital Marketing Manager at Kenro Industries, Esterbrook’s parent company. Before beginning at Kenro, I had really no experience with pens. Yes, I had the Honeycomb Estie and I would occasionally scribble with a Kaweco Sport I got one Christmas, but that was the extent of my curiosity about the pen world.

As many of you may know, the passion of this industry is contagious. It’s a welcoming community that simply rallies around the love for pen, paper, nibs, and ink. That, in my experience, is rare. Never have I felt, either at Kenro or in interacting with pen enthusiasts, a sense of unwelcome. In fact, my naivete often becomes a half-hour discourse on some topic or another, a launching point for a broader discussion about the merits of fine versus medium nibs, gold versus palladium, et cetera.

The culmination of this industry’s inclusivity will be felt next week during Fountain Pen Day. What started as an idea has now become a global celebration. It’s not often that one creates an honest-to-God holiday and I am lucky to work alongside Cary Yeager, who started it all. To say that his enthusiasm is infectious is an understatement. I’m able to feel his excitement for this day in even the quickest texts he fires off to me during the workday. And as we now are going into the tenth year of Fountain Pen Day, it’s doubly exciting to see that the passion hasn’t dwindled, but grown.

I am happy to be onboard the Kenro team to witness this tenth anniversary celebration on November 5 and I have been, quite willingly, penabled. I’ll be writing my Christmas list soon, and I expect it to be filled with nibs, inks, and quite a few Esties that will be coming out in the upcoming months!